The Story of the Ace and TJ Show

“If we’d have known each other in high school we’d have been best friends”, that’s how TJ describes the chemistry between he and Ace. It’s that chemistry that makes the Ace and TJ show different…and special.

The two met in 1991 in Alexandria, Louisiana. Ace was returning to KQID-FM, where he’d worked summers while in college, to do overnights as TJ joined to do weekends while also working full-time doing afternoon drive at KVCL-FM in Winnfield, Louisiana. The pair became fast friends and roommates as both were quickly moved into full-time positions.

It was at WZYP-FM that the pair began to receive national recognition as one of the hottest young morning shows in America. After two years, the pair left Huntsville with huge ratings and a new contract.

Since coming to Charlotte in 1998, the pair have garnered national attention and record ratings for first WNKS-FM and the past 10 years WHQC-FM. 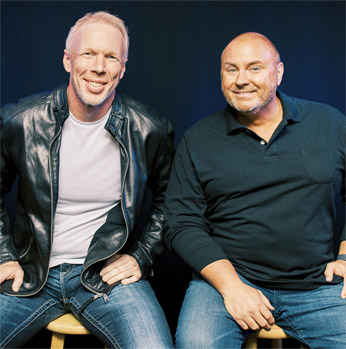